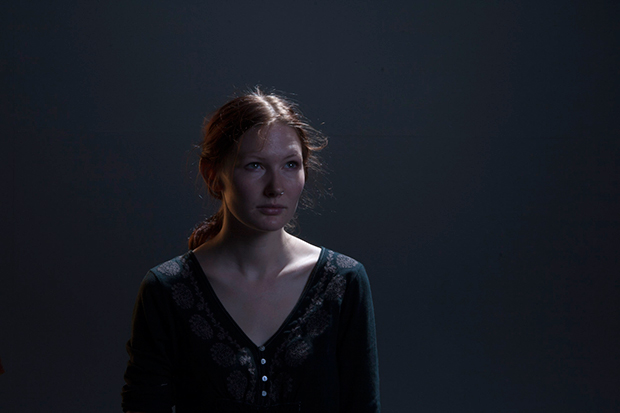 If there’s anything i’ve learnt from today, it’s that i’m physically incapable of ‘winging it’ when it comes to public speaking. When you notice a little shake to your own voice speaking into the microphone you know you’ve got it bad. Public speaking is a bitch, and there’s no doubt that my talk was.. hilarious, but in an awkward “oh god why” kind of way. There are however a lot of points that I missed out, and things I wanted to say but couldn’t find the words, and by time they came to me it was too late because I had rushed over my slides and backtracking seemed worse than not saying anything at this stage.

A quiet room in a hotel however is a much easier place for this brain of mine to process thought and break it down into words a little easier for people to take in.

(For those of you who weren’t at the talk, i’ll briefly fill you in. What I had intended to talk about was the difficulty of making work, the struggles I find with my technical approach, and the successes and failures of interacting with subjects because of the physical limitations of the camera)

I’m pedantic about the work I create. Yvonne Todd mentioned in a panel (“What Photography See’s”) at the Auckland Art Fair that she was a ‘lazy perfectionist’, doing as little as she could for the best result. I find myself in the same boat, always struggling over the finer details but that often falls apart as soon as it comes down to the actual shoot. My mind focuses on the wrong details. I’m all about getting things technically correct, but in doing so it falls short elsewhere such as directing the subject itself. From here I always look back at past work and realize the theatrics of the photograph cloud what I really want to say, but this is the way i’ve always worked and i’m not sure how to bring it back from that. There’s a certain wankiness to working with a 5×4. Head under black cloth behind a giant contraption which is essentially just a lens attached to a box, a superiority of who’s got the biggest camera.. who’s got the most megapixels (if we’re talking digital). Making art with anything smaller doesn’t actually feel like i’m creating anything important to me. I always look to the future for new work and hoping for the subtleties that come from just a ‘snap shot’ can be recreated in my constructed mess. I’m reminded of Philip-lorca Di Corcias work of photographing people on the sidewalk, and the kind of people he captures in a situation where they’re unaware. Perhaps it’s a little like riding the wave.. exposing the flaws of a constructed photograph, ignoring what we deem ‘perfect’ and instead leaving (mostly) everything up to chance.

His work brings new light to my own. What’s the difference between a snap shot, and a constructed photograph in terms of art. I always see my snap shots as just that… snap shots. Their only home is here on this blog, so far they’ve never taken physical form behind glass or even on paper. I can’t decide whether my personal photographs could serve as an art work or whether or not it’s my emotional attachment to them that make them so perfect in my own eyes but just picture from a kid with a camera (Is it a sentimental attachment? afterall 1. I shot them, and 2. the subject is usually someone close to me). So how do we differentiate between them? What I always struggle with is my ability to create a photograph that are natural. There’s always a calm to a constructed shot which we associate with perfection, but what is perfect is also inherently flawed, in that what is too structured becomes unnatural. It’s an aesthetic I play into too much, constructed photography is Suburbia in its own right. I define the construction as trying to create a look of ‘randomness’.. what looks random isn’t.. random, but much more a curated mess.

I projected these two photographs onto the screen above. The first being a snap shot of my friend Maddy, and the second a photograph of Jake from ‘Go Alone, Stay At Home’ series. This photograph of Maddy is something I find quite compelling. The tiredness (or what I perceive is sadness) in her eyes from our day in New York. The context of the shot is irrelevant I feel, but these are the emotions I want to capture, or rather fake for the camera. The strive for perfection always falls short. I find the technical limitations of shooting 5×4 very difficult, very unforgiving but there is little to compromise in terms of size and quality of a 5×4 transparency or negative. We compromise so many of our ideas for the inability to create it in camera (compared to doing it in post production) due to a lack of budget 90% of the time (the other 10% being something that’s physically impossible to humans). I question whether i’m able to have the same effect on people works on a lesser scale. Many questions I leave open, as I don’t find myself capable of answering any, but i’m sure over time my practice itself will answer many of them as I struggle to leave this type-casted world I have created for myself.

(There are many other points I want to bring up, such as post production and when a photograph is no longer a photograph, the presentation of works in a gallery setting – or in my case, is bigger better? but perhaps that’s for another time. The points I ramble about above don’t necessarily answer any questions, but rather develops a further shit storm for the troubles I have in creating work.. and hopefully a little understanding towards the process of creating a photograph rather than just capturing a moment.)