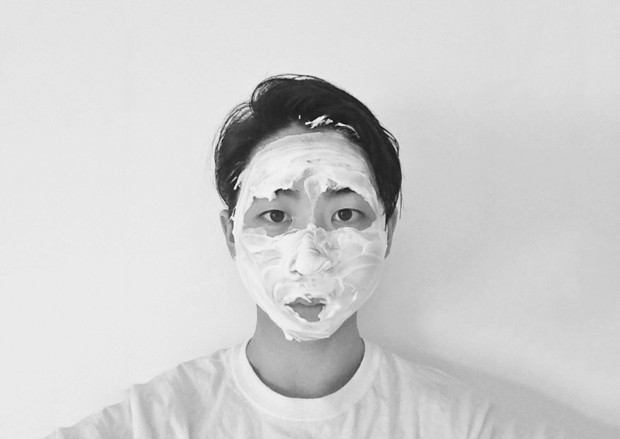 (hiding in plain site. the many applications of shaving cream.. besides actually shaving)

I am blessed with the asian hair-less gene, though it seems that has started to fade. Do I dare say i’m becoming a man? just kidding, I wouldn’t consider myself that until at least forty. They say once you hit mid-twenties your metabolism slows and perhaps the odd junk meal starts to take affect. I look much younger than I am, the theatre patrons often remind me that I need ID to see an R15 film (seriously guys..) it is not to be complained about really, but I often envy those who look their age if not older. Those who can grow a beards and not get ID’d, those who don’t have to get your pants taken in because the smallest size of anything is a 30. That was up until earlier this year.

I was never taught to shave (though I don’t believe being taught is a thing, perhaps only in movies and tv shows) nor have I really ever needed to up until this point. Actually come to think of it, earlier this year I was shaving my legs downwards direction in preparation for a tattoo.. apparently that’s a very stupid thing to do. My only rebuttal, you don’t shave your face upwards so why your legs? For as long as I can remember I haven’t really needed to own razors for the times needed to shave (face not legs to clarify) would only occur once.. maybe twice a month if that. Lately however i’ve had to take a razor to my face, well.. parts of my face, at least twice a week. Seriously, who can be fucked? Is this how normal people live? I would be less annoyed at this if this facial hair eventually blossomed into a full grown neck beard complete with plaid shirt and axe.. instead it is more of a weaker Pai Mei of Kill Bill (the asian master with whispy moustache and chin beard). A dozen or so strands, few and far between, of whispy long hair. Patchy at best. This is the shit I have to put up with right now after taking on a semi-deal not to shave for ten or so days.. *

*I wrote this yesterday with the intention of sticking it through. Day five down and I shaved this morning. There is no point to this, I just I really hate how stupid I look with facial hair.